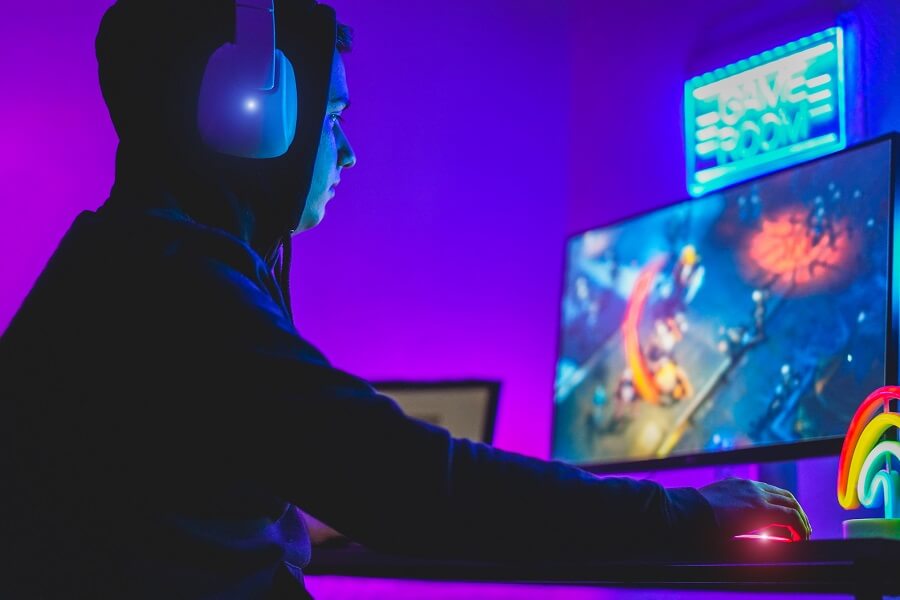 Your parents probably yelled at you all the time to stop playing video games as a kid so that you could do something more productive with your time.

It turns out they may have been wrong. You can actually make money playing video games with the Twitch platform.

Twitch is a streaming platform that allows gamers to get paid for doing what they love—playing games. It’s not as simple as that, though. The highest-paid Twitch streamers work hard, learn the system, and make a lot of money as a result.

Just how much do Twitch streamers make, though? Keep reading this article to find out.

Twitch is a platform that pays gamers to stream their video gameplay.

But there’s a lot more that goes on behind the scenes. Twitch streamers can stream their gameplay, chat with viewers, or review video games.

To make money on Twitch, you must become a Twitch affiliate (more on this below). As an affiliate, you can stream your gameplay, sell merchandise, and offer subscriptions to increase your earnings.

Where the real money happens is when you reach partner status. This is when you can add ads to your channel, which is how some streamers have income in the millions. Just like with YouTube and blogging, though, there’s a fine line between making money on ads and advertising too much.

How Much Do Twitch Streamers Make?

Of course, everyone wants to know how much money do Twitch streamers make? It’s like an elusive community—who gets paid just to play video games, and how much do they make?

Like any job, side hustle, or income-producing activity, it depends on the time and effort you put into it.

If you’re looking for an ‘average,’ most active streamers playing at least 40 hours a week make $3,000 to $5,000 a month. But, the amount can vary dramatically depending on how many avenues the streamer uses to make money on Twitch.

How Much Do Top Twitch Streamers Make?

Other notable Twitch streamers with high income include:

How Much Do Small Twitch Streamers Make?

The smaller income is due to the lack of ads and sponsorships. Most companies save their sponsorships for the influential streamers with millions of followers.

What Does It Take To Become a Twitch Affiliate and Partner?

Like I said earlier, to make money on Twitch, you must become an affiliate. If you’re an ‘every day’ Twitch user, you probably won’t make any money—or at least money worth talking about. Instead, you need to achieve affiliate status.

Twitch affiliates make decent money, but the real cash occurs when you’re a partner. To be a part of the Twitch Partner program, you must meet these criteria:

Do Twitch Streamers Get Paid for Views?

While Twitch streamers get paid for views, it’s only when they hit either affiliate or partner status that they earn money for views.

If you hit partner status, you’ll be able to advertise on your channel (which is when the big money happens), especially since partners have a much larger following and more capabilities than affiliates.

You’ll make the most money if you get to know your target audience. They’re obviously gamers, but what else do you know about them?

If you market products gamers love and your audience can use, you’re more likely to make money with affiliate marketing.

Then all you have to do is provide a link from your affiliate that tracks anyone who visits their site and makes a purchase using your link. Every time someone buys from them using your link, you’ll earn a small commission.

Don’t be ashamed to ask your viewers for donations. If your audience loves you, they’ll want to help keep your channel going.

There are two ways your followers can make donations.

Create t-shirts, mugs, or other items branded to your channel and market them to your followers. You don’t need to be a specific status to sell merchandise, but it helps if you have a following otherwise, no one will buy your merchandise.

Set up a quick online store or use one of the short-run manufacturers to create your products. They usually have a temporary website you can use for ordering.

Just like how bloggers and TikTok creators have sponsorships, so can Twitch streamers. Companies look for streamers with a large following and an audience with the right market for the product.

Sponsors pay you to talk about their product or service. Each agreement is individual and should be worked out with the company before accepting the sponsorship.

Most subscriptions cost $4.99, $9.99, or $24.99 per month. Subscribers get many benefits, including ad-free streaming, access to emotes and badges, among other benefits.

Once you reach the status of Twitch Partner, you can run ads for which you choose the length and duration. For example, ads run from 30 seconds to three minutes. You can play around with different ad types to see which your audience identifies with and pays you the most.

Twitch pays a flat fee for every 1,000 impressions on its ads, which is known as the CPM. Sometimes the CPM is high, such as during holiday time or a new game release, and other times it’s lower because there isn’t as much activity.

Keep in mind that too many ads will annoy fans. Some won’t watch a channel with a lot of ads, so be selective about how many ads you use. It may not be worth losing subscribers if you can monetize them in a different way.

Back in 2018, a top Twitch streamer called Disguised Toast put together a YouTube video to discuss how much Twitch streams actually make. Here are his numbers:

How Much Do Twitch Streamers Make FAQ

How Much Do Twitch Streamers Make a Year?

The annual income of a Twitch streamer can vary greatly—from nothing to millions of dollars. It is completely related to how many viewers and followers a streamer has, and if they are popular enough to be able to monetize their channel and brand.

How Much Do Twitch Streamers Make Hourly?

How Much Do Twitch Streamers Make Per Sub?

As you move up the ranks in Twitch and become a Top Tier Partner, you’ll collect up to 70% of the monthly subscription fees.

How Much Do Twitch Streamers Make Per Follower?

Twitch streamers make $2.50 per follower on average, and only really start to earn “good money” when they have millions of followers.

For example, if 100 people follow you (i.e., subscribe), then the most that Twitch will payout is about $250 in total over a month or two before taking into account sponsorships and subscription income you may have. However, this tends to be more common once someone has a much more substantial following.

How Much Do Twitch Streamers Make Per Ad?

Average Twitch streamers often get $250 per 100 subscribers. Ad blockers are an issue, but most streamers ask their viewers to disable them so they can earn income to continue supporting the channel.

How Much Do Twitch Affiliates Make Per Prime Sub?

Twitch Affiliates make $2.49 per month (half of the $4.99 monthly subscription fee) from every Prime subscriber that links their account, subscribers to their channel, and keeps the membership active.

How Much Do Female Twitch Streamers Make?

As the platform has grown over time, 35% of Twitch streamers now identify as female. Just like any other streamer on the platform, their earnings will be dependent on how many followers they have to monetize and their status with Twitch.

According to Statista, the top-earning female Twitch streamer worldwide as of 2020 is Imane Anys. She is better known as Pokimane and had annual earnings of about $550,000.

Kaitlyn Siragusa (Amouranth) comes in second place with earnings of approximately $385,000 during the year.

Yes, like any other earned income, streamers must report their Twitch earnings. Because it’s a side gig or freelance gig, streamers must pay income tax and self-employment tax on their earnings.

How Many Viewers Do You Need to Make a Living on Twitch?

The average streamer starts making a decent income at 500 viewers, but that can vary based on monetizing your channel. Rather than focusing on viewers, focus on the number of hours you play. The ‘expert’ streamers with the highest earnings stream at least 40 hours a week, if not more.

Is It Hard to Earn Money on Twitch?

To put it plainly, yes, it is hard to earn money on Twitch. You definitely aren’t going to stream on Twitch and make money at home overnight. You have to gain recognition, provide your viewers with valuable regular broadcasts, and meet the criteria to be an affiliate, if not a partner.

When wondering how much do Twitch streamers make, don’t assume you’ll get rich quick using this streaming service.

While it’s a great way to make a little money if you love playing video games, you have to be very dedicated and have a lot of time to make it into the big leagues.

You’ll not only play games, but provide your audience with good enough content to make them subscribe to your channel, interact with your affiliate links, and view your ads.