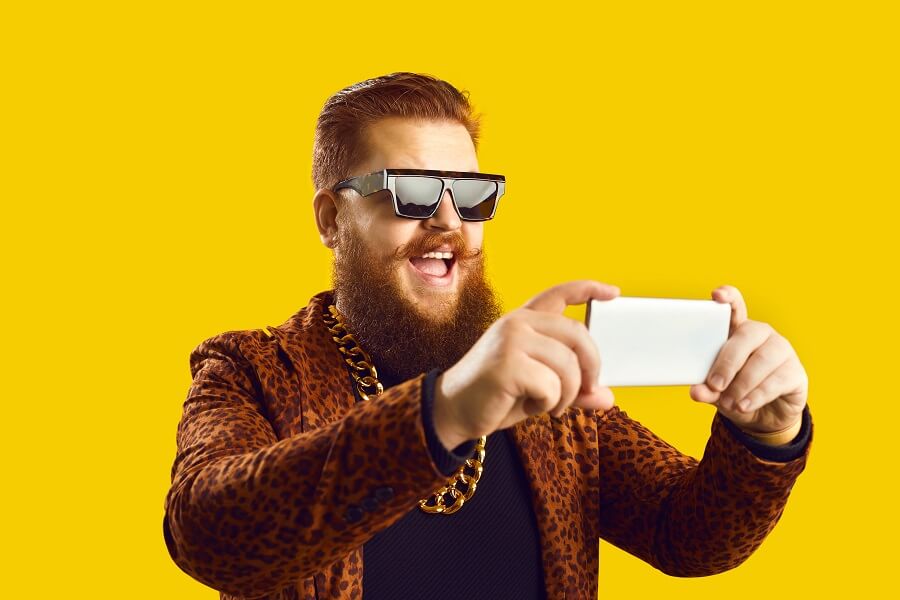 Who is the richest YouTuber in the world today and how much money did they make from YouTube?

The richest YouTuber in the world is Tyler Blevins, who is more famously known as “Ninja”. Blevins’ estimated total annual earnings is $100 million a year, which is 3x more than the second richest YouTuber, Ryan Kaji.

While he made an estimated $20 million to $30 million alone streaming his game play on Microsoft’s Mixer, he earns a large portion from his YouTube channel where he uploads two to three videos a week.

It’s currently estimated Ninja makes around $500,000 per month on YouTube.

Celebrities today aren’t necessarily the people you see on the Silver Screen or even on your favorite sitcom. It’s not like the past when the only celebrities were those in hit TV shows and movies.

Instead, you’ll find celebrities on YouTube as well, a online video sharing and social media platform owned by Google viewed from all of the world. With almost two billion viewers throughout the globe, the video-sharing platform went from zero viewers in 2005 to billions in 2021.

Every day, people like you and I start YouTube channels as a side hustle or hobby and end up making themselves millions of dollars. It’s a complex concept to grasp, but these people (even kids) are making money from home.

So, who are the richest YouTubers today? I’ve compiled the top-earning YouTubers and shared them below, along with their stats to show you how they’ve gotten there.

Methodology: How we ranked the richest YouTubers of 2021

Some rank YouTubers based on just their YouTube earnings, others only include people in their list if YouTube is the person’s full-time job, while several places count someone as Bill Gates because he’s made a few videos.

While Gates technically would be the “richest YouTuber of all time”, the criteria to make it in this list requires that the person makes a significant amount of their income from YouTube.

The Top Richest YouTubers In the World

Wondering who the richest YouTubers are? Look no further! The following influencers are ranked in order of earnings:

Tyler Blevins, also known as ‘Ninja’, made a living out of playing video games. Right out of high school, he started competing in Halo 3 tournaments and streaming it. He also streamed other popular games like Fortnite and Battle Royale, among others.

Believe it or not, Ryan Kaji, one of the richest YouTubers, is a 9-year old boy. His YouTube channel called ‘Ryan’s World’ is all about everything for kids, from toys to science experiments to music videos. Ryan creates educational videos that kids (and even adults) can’t stop watching!

Mr. Beast started his YouTube journey commenting on video games. While he had some success there, hitting 100,000 videos produced, he’s since gone on to be a philanthropist too. He now does challenger videos that give money to charities like St. Jude’s Children Research Hospital and local animal shelters.

Jake Paul is the more well-known brother between Jake and Logan Paul. Jake started with videos on Vine but quickly moved over to YouTube when the app shut down. Jake has a list of tricks, but his popularity started with music videos.

Today, though, he’s known for his boxing career, and he even fought Mayweather this year.

Childhood friends, Rhett and Link started their channel together in 2006. Since then they have expanded to running five YouTube channels, including Smosh, which they acquired in 2019.

Video games aren’t just fun to play, they’re fun to watch someone else play too, and that’s how Marc Edward Fischbach became so popular. While Marc doesn’t play the games on most of his videos, he provides an incredible play-by-play breakdown.

Marc’s videos are funny (a bit vulgar) and entertaining for those who love indie and horror video games.

Now he operates five channels and has diversified his content into several areas including vlogging, gaming, pranks, and more. Even his wife has a channel now, KeeleyPlayz, a spin-off of Preston’s old channel name, PrestonPlayz.

Dan Middleton capitalized on the popularity of Minecraft. While his maiden voyage on YouTube focused on Pokemon, he quickly switched gears and focused on Minecraft and a few other games.

Dan has not only created successful videos, but he’s also written a New York Times Best Seller book, gone on a book tour, and even has his own web series called DanTDM Creates a Big Scene.

Like Nastya was born in Russia in 2014. In 2016 her parents created a YouTube Channel for her to record toy unboxings.

Today Like Nastya lives in Florida with her family where she continues to create viral videos, receiving hundreds of millions of views each month. Her videos include traveling, toy unboxing and reviews, and more.

Anthony Padilla and Ian Hecox created a hilarious channel of video game parodies that dates all the way back to 2005. Today, Smosh has a web series and even a movie. They’ve also broken off into other branches, including Smosh Games and Smosh Pit.

Blippi was a member of the US Air Force, where he was responsible for planning cargo placement. When he was discharged from the Air Force, he spent time with his nephew, who was watching poor-quality YouTube videos. It gave Blippi an idea, and the rest is history.

Blippi creates fun and educational videos (think Mr. Rogers but modern) for kids of all ages. Today he makes videos in English and Spanish and also has a toy line.

Evan Fong, also known as VanossGaming, dropped out of college to pursue YouTube full-time in 2011. He creates funny gaming videos, sometimes with friends.

Most of his income comes from YouTube revenue but he also earns a significant amount from partnerships and merch that he sells on his website.

David Dobrik started his YouTube career in a hurry. His parents told him to go to college or move out when he graduated high school. He moved out and started his Vine channel that had one million followers.

In 2015, he started his YouTube channel, where he creates real-life comedic videos. Today he has three channels and is one of the top viewed YouTubers.

Jeffree Star’s influence dates all the way back to MySpace, and he hasn’t looked back since. Jeffree mostly offers beauty videos, but occasionally he talks about fame and lifestyles too. Today Jeffree has his own makeup line, and his YouTube channel is filled with how-to makeup tutorials, which of course, promote his own makeup line.

KSI started his YouTube journey by creating gaming commentary videos. As his channel continued to grow he dropped out of college to continue pursuing YouTube full-time.

In 2012 he reached the one million subscriber mark, soon after he began vlogging. Since then he has continued to grow his channel and try new things, including professional boxing.

Dude Perfect is a group of twin brothers and friends posting videos of trick shots. Most of the videos are based on sports, but they are always entertaining and hilarious.

They quickly caught the hearts of billions and have been able to secure sponsorships and even have celebrities in their videos, including Tim McGraw, Tyreke Evans, Serena Williams, and Johnny Manziel. Dude Perfect also has a mobile app and TV show that helps with its popularity.

Felix Kjellberg is 28 years old and is another video game commentator dubbed one of the richest YouTubers. His channel PewDiePie is filled with Let’s Play videos of various horror and action video games. His commentary is a mix of funny and helpful, making him another famous gaming Youtuber.

Instead, she worked on her YouTube channel and grew it so much that she didn’t have to go to graduate school. Today she has won a Daytime Emmy Award, and she’s starred in many TV and movie roles.

Logan Paul started at the same time as Jake but took a different avenue. Logan started publishing for another YouTube channel called Zoosh.

His main focus was Vine at the time, too, and that’s how he earned the popularity that eventually caused him to drop out of college and live the social media life. Logan has acted, boxed, and written a screenplay along with producing his YouTube videos.

Starting his channel in 2015 with makeup tutorials, in 2016 he became the first-ever male brand ambassador for CoverGirl. He has released his own line of beauty and cosmetic products.

In 2021, James admitted to sexting two underage boys causing him to lose his biggest beauty contract with Morphe as well as YouTube temporarily demonetizing his channel.

Roman Atwood is the prankster of YouTube. He started by creating his own DVDs but quickly became a YouTube star. He is the second YouTuber to receive multiple Diamond Play Buttons and he has multiple YouTube channels.

His second channel, Roman Atwood Vlogs, was started in 2013 and has 15.6 million subscribers.

The richest YouTubers often started from nothing or on a whim. They’ve all dedicated themselves to marketing and building followers which have made them among the wealthiest people today. It’s proof that you don’t need to be rich or gifted to create a passive income stream—you just need to put your mind to it.

The richest YouTubers today all had a vision and went with it. Whether they stream video games, make educational videos, or are just funny, they have been able to pad their bank accounts because of their YouTube channels.